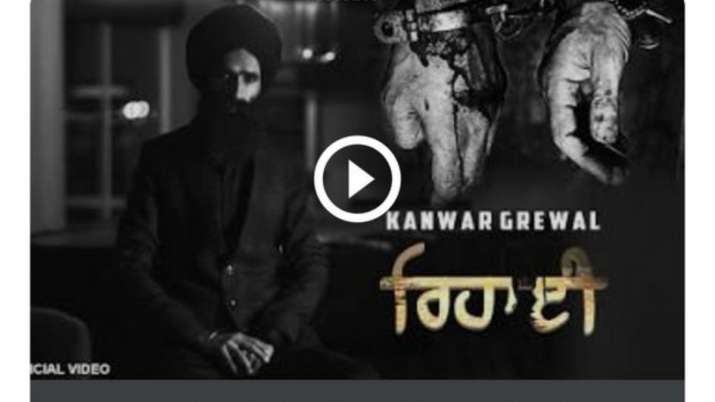 After the controversy over Sidhu Moosewala’s last song ‘SYL,’ YouTube has taken down popular Punjabi singer Kanwar Grewal’s song ‘Rihai’, which calls for the release of Sikh prisoners. The song uploaded six days ago now shows ‘unavailable’ on YouTube. The statement reads, “This content is not available on this country domain due to a legal complaint from the government.”

The development comes days after YouTube pulled down slain singer Moose Wala’s song, which was released posthumously, following a similar complaint by the government.

Reacting to the development, Shiromani Akali Dal (SAD) president Sukhbir Singh Badal asked the Centre to revoke the ban on Grewal’s song. “Shiromani Akali Dal appeals to GOI to lift the ban on Kanwar Grewal’s song – #Rihai keeping in view citizens’ right to freedom of speech & expression as well as sentiments of the Sikh community,” said Sukhbir Singh Badal. “Such bans are not in the interest of a healthy democracy,” he added.

He further said that the ban on Grewal’s song ‘Rihai’ has come soon after the ban on the posthumous song ‘SYL’ by Sidhu. ALSO READ: Sidhu Moose Wala’s last song ‘SYL’ removed from YouTube; here’s why it is banned

Badal said the song, “Rihai”, reflects sentiments of the community, which is perturbed over the continuous incarceration of Sikhs despite the completion of their jail term. Kanwar Grewal has done nothing more than using poetry to highlight this grievance besides demanding that history books should not be rewritten, Badal said in a statement. “This does not call for a ban under any circumstances,” he added.

Asking the Centre to reconsider its decision, Badal said “such bans have the capacity to create a wrong impression about India”. “We cannot be seen to be suppressing the freedom of speech which is enshrined in our constitution,” he said. ALSO READ: Bigg Boss fame Manu Punjabi claims to receive death threats like Sidhu Moose Wala

On the related note, Moose Wala’s Sutlej-Yamuna Link canal song was based on Punjab’s water issue and talked about the Sutlej-Yamuna Link canal, which has been an apple of discord between Punjab and Haryana for quite a long time. The SAD president vowed to take up the issue in the forthcoming Parliament session. “We will also demand a broader discussion on this issue to ensure corrective steps be taken and this trend is stopped,” Sukhbir Badal further added.