[Download 100%] - Amitabh Bachchan Tongue-tied As 5-year-old Asks Him To Sit At Home Instead Of Working: 'Didn't Have An Answer' 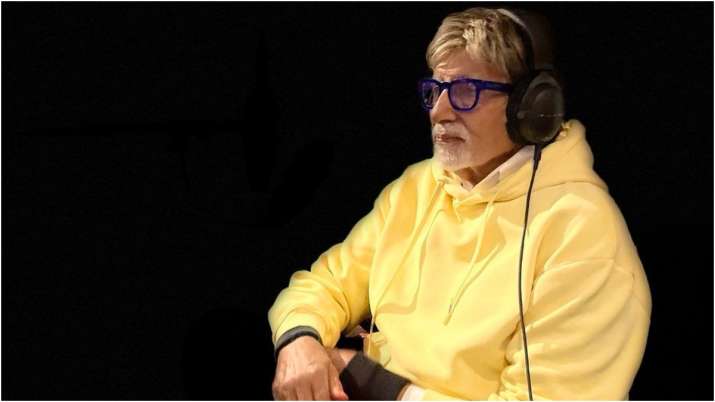 Amitabh Bacchan recounted a recent encounter with a kid who asked him his age and advised him to sit at home instead of working. Big B said that while shooting for a campaign he found himself tongue-tied when the child compared him with his grandparents who are ‘sitting at home and chilling’. Big B narrated the whole incident in a recent blog post and many on social media are reacting to it.

Amitabh Bachchan wrote in his blog, “I was at work for the RBI campaign and in the scene was a little kid about 5 or 6 years of age .. in the middle of a rehearsal he turned to me and said, ‘Excuse me, how old are you?’ I said, ’80’.” He continued, “He snapped back, ‘Oh! So, why are you working? My grandparents are sitting at home and chilling .. You should do that also.!!’ I did not have a reply for him. Primarily, because I was astonished at the precocious veracity of this 5-year-old! And secondly, I did not have an answer (sic).”

Big B says he won’t forget this kid

The Bollywood megastar shared that after this encounter, he gave the kid an autograph and clicked a picture with him. However, the meeting left an impression on him and he said that he won’t forget the encounter with the child. He wrote in his blog, “The conversation remained with me, as do many matters in this digitally informative encyclopedic world, and found its placing today .. this morning .. of retired work .. and screamed and waved and applauded the mountainous presence of the live audience at ‘YKW’.”

Big B set to begin shooting for Kaun Banega Crorepati 14

Big B is all set to begin shooting for the reality show Kaun Banega Crorepati 14. The megastar has been associated with the quiz-based game show since 2000. The promos for the new season are already out and promise another set of inspiring and entertaining episodes with Big B returning as the quizmaster.

On the movies front, Big B has a long lineup of films. He will be seen in Brahmastra: Part 1 opposite Ranbir Kapoor and Alia Bhatt. The movie will release on September 9. He will also feature in Project K, Gujarati film Fakt Mahilao Mate, Oonchai, Goodbye and The Intern.