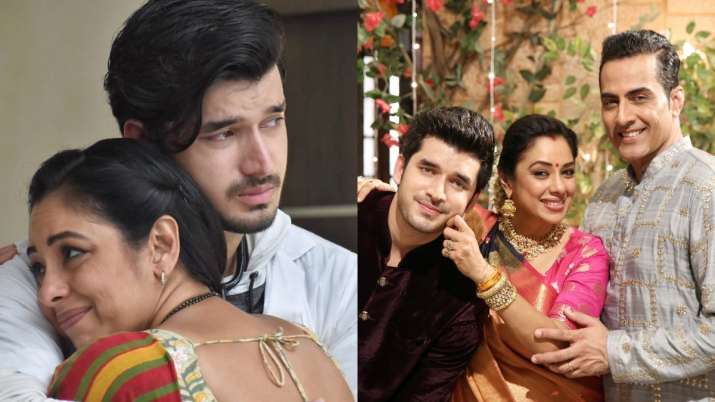 Anupamaa actor Paras Kalnawat known for playing the role of Samar will no longer be a part of the show as his contract has been terminated by the makers. Paras who shot to fame and garnered a lot of praise from the fans for his character has been accused of ‘breach of contract’ by the production house of the show. The reason why the actor is being asked to leave the show is that he has signed another show on a rival channel. For those who are unaware, Paras has signed a dance reality show, Jhalak Dikhhla Jaa. The actor will be seen in season 10 of the reality show and hence the production house has decided to terminate his contract.

In a statement released by the production house, they mentioned that they had to take strict action against Paras because he signed up for a show on another channel without any prior intimation. The statement read, “Paras Kalnawat’s services as an actor for Anupamaa terminated by Directors Kut Production. Producer Rajan Shahi who is known for producing hit shows Anupamaa and Yeh Rishta Kya Kehlata Hai on Star Plus h as taken a stand to terminate the contract of actor Paras Kalnawat, who played Samar in Anupamaa on account of breach of contract for signing up a show on another channel’s show without any prior intimation. Directors Kut and Rajan Shahi have always been accommodating to actors and never stops any actor’s growth. Even in the case of Paras in the past adjustments were made to accommodate the opportunities he used to get and take up with the consent of the production house.”

Rajan Shahi also shared, “We as a production house won’t entertain breach of contract. We have terminated his services as an actor with immediate effect. We wish him all the best for his future endeavours.”

On the other hand, Paras in an interview with Indiaexpress revealed that he chose Jhalak Dikhhla Jaa over Anupamaa for the sake of his personal growth.  “Everything is great with Anupamaa but I did not see my character evolving. I have huge respect for Rajan sir and the team and wish them all the best. At this stage of my career, I wanted to take up a new challenge. Also, I must add that I did inform the production about my decision, however, due to the channel and contract clauses, it wouldn’t have been possible for me to continue with Anupamaa after signing Jhalak,” he said.