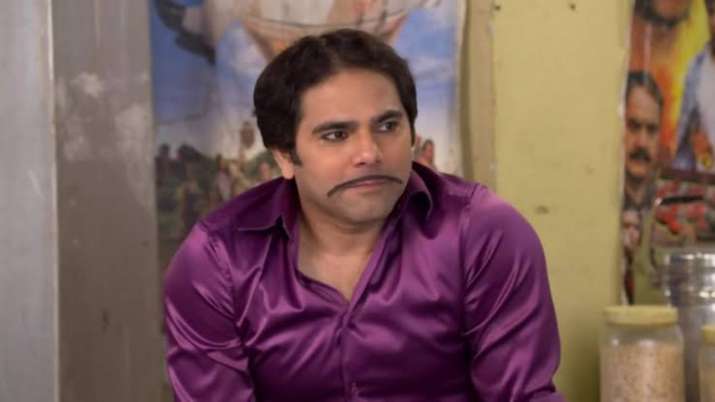 Bhabhiji Ghar Par Hai’s actor Deepesh Bhan who rose to fame with his character of Malkhan passed away. The actor collapsed while he was playing cricket. The news came as a shock to not just his fans but also his colleagues from the industry. A statement was released by the makers of his popular show Bhabhiji Ghar Par Hai which read, “Deeply saddened & shocked by the sudden demise of our beloved Deepesh Bhan. One of the most dedicated actors in Bhabiji Ghar Par Hai and like our family. He will be deeply missed by all. Our heartfelt condolences to his family. May his soul Rest In Eternal Peace. God give his family the strength to cope with this great loss. Sanjay & Binaiferr Kohli. And the Entire Team of Bhabiji Ghar Par Hai.”

Television actress Kavita Kaushik also took to Instagram and confirmed Deepesh’s passing. She took Instagram and penned a heartfelt note. “In shock, gutted ,pained with the news of Deepesh Bhan passing away at the age of 41 yesterday, a very important cast member in f.i.r , Was a fit guy who never drank/smoked or did anything to harm his health, left behind a wife n one year old child and parents and us all. I remember the love and respect he showered on each and everyone he met , I believe it now that it’s the good people God chooses to call sooner … Too heartbroken to process this .. its a dark day ..R.I.P Deepu.”

Saumya Tandon took to Instagram and paid her heartfelt condolences.

His co-actor Charrul Malik paid tribute by sharing a monochrome picture of her and Deepesh on Instagram. In the caption, she wrote, “RIP Yaara, it’s hard to accept you are gone. Gone from our sight, but never from our hearts. Never ever thought I will be posting this for My Yaara. You will be missed Deepesh. #ripdeepeshbhan #deepeshbhan.”

Deepesh who was 41 years old is survived by his wife whom he married in 2019 and a son. Last week, Deepesh shared an adorable photo with his wife on the occasion of her birthday. “Wish u a very happy b’day to my life and wife love u Godbles u,” he wrote in the caption.

Deepesh Bhan has been a popular face in the television industry. He has worked in several shows including, ‘Comedy Ka King Kaun, Comedy Club, Bhootwala, FIR, Champ and Sun Yaar Chill Maar.

In 2007 he also appeared in the film Faltu Utpatang Chatpatti Kahani.