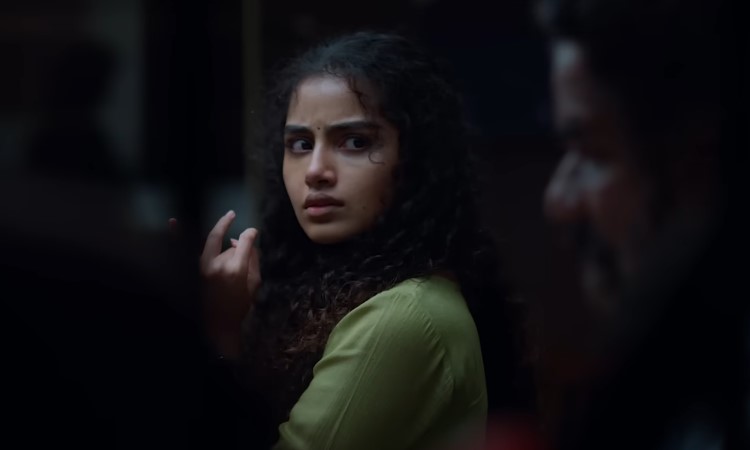 Butterfly Telugu Movie Review: Anupama Parameswaran, who made her debut in Telugu with the movie ‘A Aa’ ​​became a heartbreaker for many young people in Telugu. But she faced few failures due to some wrong script selections. She had recently tasted success with the movie ‘Karthikeya 2′ alongside Nikhil and these two actors teamed up again for ’18 Pages’ which is still running successfully in cinemas. Now, Anupama Parameswaran has come up with another movie titled ‘Butterfly’ which is available for streaming on the Hotstar platform from today. Let’s take a look at the detailed review of this movie to find out if Anupama manages to entertain the audience with the direct digital release ‘Butterfly’.

Geetha is a well-behaved independent woman. She has a lot of affection for both her sister and her children. She was responsible for looking after her sister’s children during the few days her sister was away from home. Geetha starts her investigation after her sister’s children are kidnapped in a strange way. As she digs further, she discovers disturbing information about her neighbors. Meanwhile, an operation known as “Butterfly” gets under way. The remainder of the plot focuses on determining the relationship between these kidnappings and Operation “Butterfly”.

Butterfly movie stars Anupama Parameswaran in the lead role while Bhumika Chawla, Rao Ramesh, Praveen and Nihal Kodhaty played other prominent roles in the film. This movie is written and directed by Ghanta Satish Babu and produced by Ravi Prakash Bodapati, Prasad Tiruvalluri, Pradeep Nallimelli on Gen’nexT Movies production banner. The music of this film is composed by Arviz & Gideon Katta and the cinematography is in the hands of Sameer Reddy. Dialogues are written by Dakshin Srinivass.

Gen’nexT Movies is the production team that previously delivered the super hit horror thriller ‘Mantra’ starring Charmi Kaur, later the movie became an inspiration for many such movies in the future. When a movie is released by such a production house, we expect something interesting in the plot of the movie and also in the making style.

‘Butterfly’ movie has a very simple point which is treated in a very ordinary way without any thrilling tension in the story. While the running time of this movie is perfect for this genre, the narration and the performance do not spark any interest while watching the movie. When a thriller movie is made, audiences definitely expect some unexpected twits and twists in the plot, which can also make them forget about any flaws in the movie. But ‘Butterfly’ doesn’t spark much interest during its runtime and doesn’t have any intelligent twists that could grab the audience’s attention. Movie ends in a very disappointing way which makes it tiring to watch.

When it comes to acting performance, Anupama Parameswaran in the role of Geetha is believable but struggled to act in some emotional scenes. However, she should be appreciated for her effort to carry the entire movie on her shoulders with her performance. Nihal Kodhaty, who started his career as a child artist, played an important role in this film and his performance is convincing. The role of Bhumika Chawla is limited and she did a good performance as always. The character of Rao Ramesh is a cakewalk for him and we have seen him in such roles many times. All other actors did their part well as required by the story.

Technically, the Butterfly movie looks good. Background score composed by Arviz & Gideon Katta is appropriate for the scenes and creates some interest. Cinematography provided by Sameer Reddy is not up to his requirements, he has worked for some major films before which shows his talent as a cinematographer, but the visuals of this film are more like a short film. The editing is crisp and the production values ​​are as needed for the story.

Director Ghanta Satish Babu previously worked as an associate director for some films and this is his debut film as a full-time director. His inexperience in making the scenes more interesting is evident throughout the film. He could have paid more attention to writing some strong scenes that could connect with the audience.

Overall, Butterfly is a thriller movie that gives the suspense only in very few scenes. If you have a Hotstar subscription and like to watch thrillers, you can now watch this movie on Hotstar.