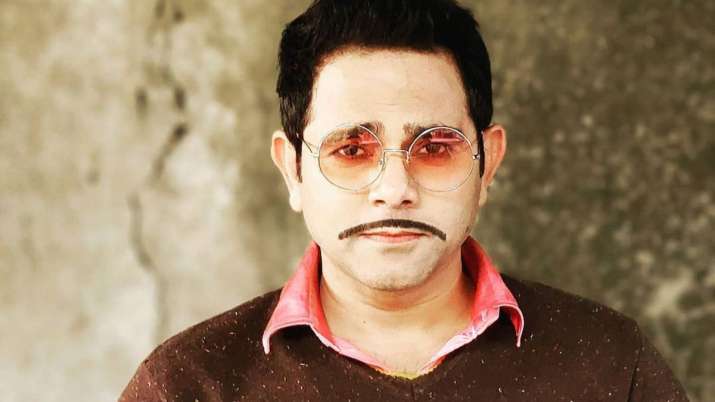 Bhabiji Ghar Par Hai actor Deepesh Bhan, who played Malkhan, passed away on Saturday (July 23). He was 41. Bhan’s sudden demise has left his co-stars and fans extremely saddened. He is survived by his wife and one-year-old kid. Recently, his family organised a prayer meet that was attended by his family, co-stars and friends.

At the prayer meet, Deepesh’s friend Zain Khan spoke to the media about the former’s last moments. He said, “It was 7.20 in the morning. We used to live in the same building. He came running to me and wanted to go to play. He usually never played on a Saturday as he had call time. But that day he had a late shoot. He used to be very supportive of me. We used to discuss work. He was in the bowling team, I was in batting.”

“He bowled for an over and came to me to take the cap. He just collapsed on my feet and I could sense his breath fading. I was in shock and I had never seen him like that. He has always been very active. I never saw him keeping unwell. He would make all laugh. We were all numb. We called an ambulance but were losing out on time. We didn’t want to wait, so took our car and rushed him to the hospital. But he was declared brought dead. I won’t be able to cope up with it. Media keeps calling me and I am in pain reliving that moment. Losing a friend in my arm, it’s a devastating feeling,” he added. ALSO READ: Deepesh Bhan’s death: Teary Bhabi Ji Ghar Par Hai actors Shubhangi Atre, Vidisha & more attend prayer meet

Also, Zain urged all to stop spreading rumours about him working out in the gym. “No, he was a well educated person. He knew how much to workout. So don’t spread these rumours. Please be sensitive,” Zain said.

Deepesh Bhan was shooting the night before and was playing cricket when he collapsed and died. His co-stars including Shubhangi Atre, Kiku Sharda, Vidisha Srivastava, Rohitashav Gaur, Vaibhav Mathur, and Nirmal Soni amongst others were seen at the prayer meet. Shubhangi, who is known for playing Angoori Bhabhi on the show broke down on several instances during the prayer meeting. ALSO READ: RIP Malkhan: Fans shocked by Bhabhiji Ghar Par Hai fame Deepesh Bhan’s demise, say ‘gone so soon’

Meanwhile, Bhan went to the gym at around seven in the morning and stopped to play cricket in his building’s compound at Dahisar. He collapsed while playing cricket on Saturday and was declared dead on arrival by hospital authorities.