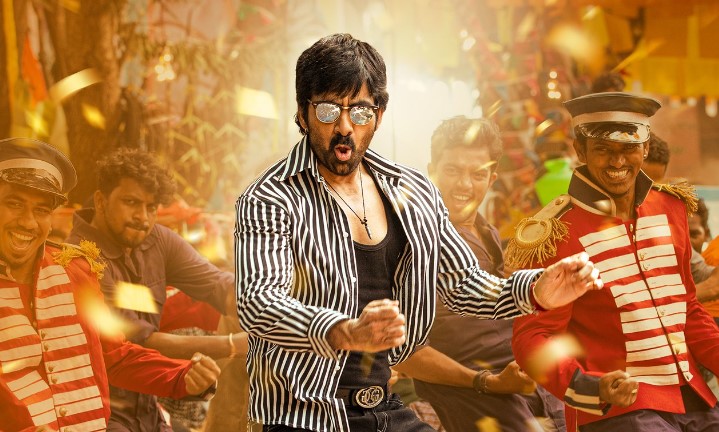 Dhamaka Telugu Movie Review: Despite the results, Raviteja has done back-to-back movies, but the fact is that we have been missing the vintage Raviteja for a few years now, and this movie, Dhamaka, seems to have brought back vintage Raviteja. Well, the movie has finally been released in theaters so we can see if the movie is worth watching or not.

Dhamaka depicts the story of a middle-class man named Swami (Raviteja), an easygoing man who has no goals in life; he just chills with his friends, and he has a love interest with a girl played by Sreeleela. The real fun starts when she also falls in love with a CEO named Anand Chakravarthy (Ravi Teja) who looks just like Swamy and a twist in the story occurs when the duo switch their lives.

Ravi Teja is known for his energetic roles, and despite the result, he makes sure to keep his energy on screen to entertain his fans. Dhamaka also falls into the same category, the film is a straight commercial film that has nothing new to offer. The movie follows the perfect commercial formula in that it starts with an explosive introduction of Raviteja and then the title song, which is routine, although it’s good to see Ravi Teja on screens, and the first half contains all the elements except the hilarious comedy. engages you throughout the film; the love track could have been much better in the first half.

The second half, where the actual story begins, maintains the confusing comedy of dual roles played by Ravi Teja and adds a serious dose to establish the conflict, but the flimsy conflict does not connect at all with the audience, the savior for the film is his only comedy. Although the narration is racy, we couldn’t travel with the story because of the routine plot, but as I said before, the comedy keeps you glued to the seat until the very end, and the whole setup, Raviteja’s dual role and their trading and generating pleasure in the company reminds us of Chiranjeevi’s Rowdy Alludu.

Speaking of the performances, Ravitejs takes on the whole movie and he delivered a commendable performance in his dual role. He performed well as middle-class Swami and as a CEO named Anand Chakravarthy, Sreleela is doing quite well but she could have performed much better but she impressed with her dancing. Jayaram, as the chairman of a company, showed his experience of nuances, and Sachin Khedekar, Tanikella Bharani and Rao Ramesh gave their best as per the requirements of the film.

Dhamaka is technically good, Karthik Gattamaneni always impresses with his visuals, and he did a brilliant job in providing brilliant visuals to Dhamaka, one of the saviors of Dhamaka is Bheme Ceciroleo; all songs became chartbusters; he also impressed with his background score, and the rest of the technical team did well.

In general, we see a lot of energy in Trinadha Rao Nakkin’s films; despite the story, the punchy screenplay and balanced commercial elements made him a successful director, and now there are two energies like Raviteja and Trinadha. Rao Nakkina worked with Dhamaka, and no doubt the energy in Dhamaka is double, but he came up with a routine and wafer-thin story.

Overall, Dhamaka is a routine story, but it can be watched for Raviteja’s comedy.