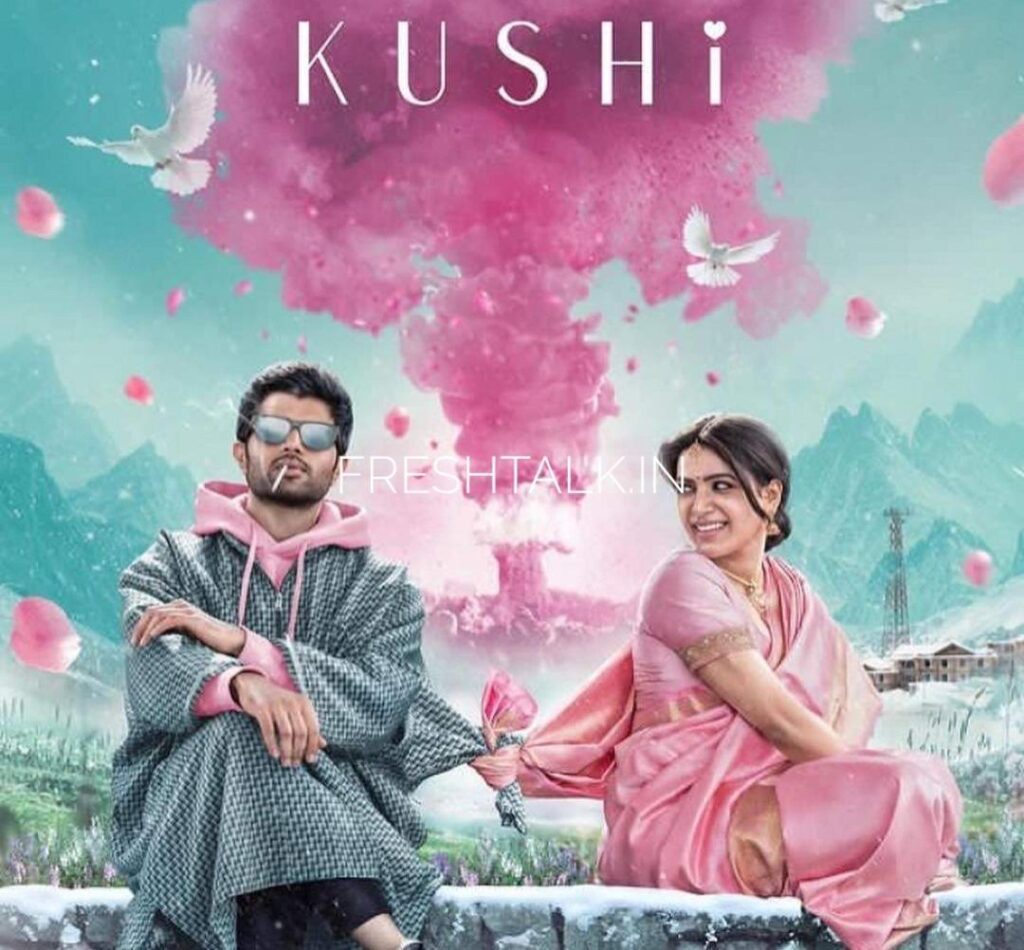 Kushi is an upcoming Telugu romantic comedy written and directed by Shiva Nirvana. The film tells the story of a couple who lives in a hilly area and their relationship is very complicated. The whole story revolves around the romantic duo and the ups and downs they face during the journey of life and love.

The producers are Naveen Yerneni and Y. Ravi Shankar under Mythri Movie Makers. The lead roles in the film are played by Vijay Devarakonda and Samantha Ruth Prabhu, while Sachin Khedekar, Murali Sharma, Vennela Kishor and Rahul Ramakrishna, Srikanth Iyengar and Saranya Pradeep play supporting roles. The music of this film was composed by Hesham Abdul Wahab while the cinematography was done by Murali G. The film was edited by Prawin Pudi. Kushi is slated to hit theaters on September 23.