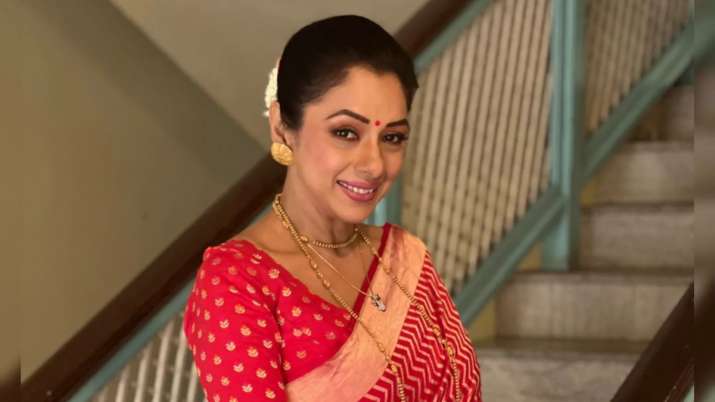 From waiting tables to becoming the highest-paid Television actress, Rupali Ganguly has come a long way. The actress who has now become a household name with her show Anupamaa started her acting career when she was just 12 years old. Recalling her journey so far, she made some shocking revelations that have garnered more respect for her among her fans. Rupali recently revealed that her journey was filled with hardships and was not a cakewalk. From facing failures at work to coping up with financial hiccups, she has seen it all.

While interacting with Humans of Bombay, Rupali talked at length about her father and how he was his biggest critic and support. She said, “Papa was a national award-winning director, & my biggest hero. When his films came out, people admired stars like Rajesh Khanna, but I’d say, ‘Papa is the real star!’ After school, I’d visit his sets. Watching him direct each frame meticulously… I was fascinated. Iss bich, heroine kaise ban gayi, pata hi nahi chala! Once, an actress backed out of Papa’s film, & he put me in it. Just like that, at 12, the acting bug bit me.”

Talking about the financial crisis, Rupali shared that how she took up various jobs. “But soon, Papa had 2 flops. Our tough time began, & my dream took a backseat. I did everything—worked in a boutique, catered, even waited tables. I was once a waiter at a party where Papa was a guest! I worked in ads, too–that’s how I met my husband, Ashwin.”

She also appreciated her husband Ashwin for always supporting her. She also shared how her popular show Sarabhai Vs Sarabhai gave her friends for life, the bond she shares with her co-stars and what kept her away from the limelight before doing Anupamaa. “At the peak of my career, I shocked people by taking a break. But I didn’t regret it. I was once told, ‘You’ll never conceive,’ so watching my son take his first steps was a blessing. Next 6 years were all about family.”

She also shared how she landed up doing Anupamaa. “During this time, devastatingly, I lost Papa. I was still grieving when I got offered Anupamaa. Ashwin encouraged me, ‘It’s high time you got your due as an actor. You go out there–I’ll take care of everything else.’ But I was hesitant. So, I went to my producer, Rajan Shahi, who I trusted a lot, & said, ‘Give me time to get in shape.’ But he told me, ‘I want a mother, not a heroine!’ His conviction made the show what it is. Being on the sets of Anupamaa made me feel close to Papa! It was the kind of story that he would’ve written, with a strong female lead. And the love I’ve received, from all ages, all corners… It’s so overwhelming. Everyday, I do my best to be worthy of it. I hope Papa is looking down at me with a smile!” Rupali concluded.

Indeed, Rupali’s journey is sure to inspire so many who dream to make it big in their lives. The actress is currently soaking in the success of her show Anupoamaa where she plays the titular role.