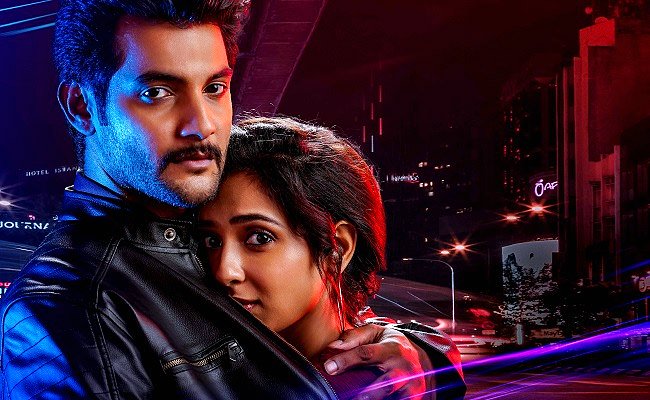 Aadi Saikumar brings multiple movies to the theaters every year. “Top Gear” is his latest to hit theaters.

Let’s take a look at its pros and cons.

One day, on his way to work, he encounters a drug gang and unexpectedly gets involved. Two drug dealers who had hired his cab got into a shootout, setting off a chain of events.

The boss of the drug dealers (Mime Gopi) threatens to kill Aadhya if Arjun doesn’t find the bag they dropped off and deliver it to him. Meanwhile, the police keep an eye on Arjun’s taxi as he searches for the bag.

Recently, Aadi Sai Kumar’s roles have become more grounded. He is convincing in the role. There is not much room for Riya Suman to shine.

Mime Gopi plays the villainous role impressively. Shatru does a respectable job as a police officer.

The cinematography is an advantage of the film. Most of the action takes place in a taxi racing through the streets of Hyderabad.

The nighttime panorama of Cyberabad was beautifully captured by the cameraman. The score is fine and there is only one song. The editing could have been more precise.

Disadvantage:
Second half drags on
Lack of gripping story

That the main character accidentally gets involved in a drug gang is nothing new. Moreover, films in which a missing item serves as the main plot point have become regular in Telugu cinema. So there is not much to surprise by the basic plot of “Top Gear”.

However, this action thriller manages to captivate the audience with its compelling opening parts.

To its credit, the film does not concern itself with the main character’s story or romantic angle. Drug dealers (Brahmaji and Satyam Rajesh) and their motivations are explored, as well as those of police officers and the main don, who is also interestingly portrayed in the film.

But it is not captivatingly interesting to see how these different personalities interact and plot deceit against each other.

The film quickly loses momentum. When it should have been in top gear, the film drags along and loses steam, lessening the impact.

The better parts of this mediocre thriller are the cinematography and the decent grip in the middle.

All in all, ‘Top Gear’ is not an entertaining thriller. The story never goes into high gear, but runs like an L-board drive in first gear.

What it comes down to: Not gripping