[Download 100%] - Ms Marvel Fans Are Discussing THAT Cameo In Season Finale, Here's What It Means For MCU's Future 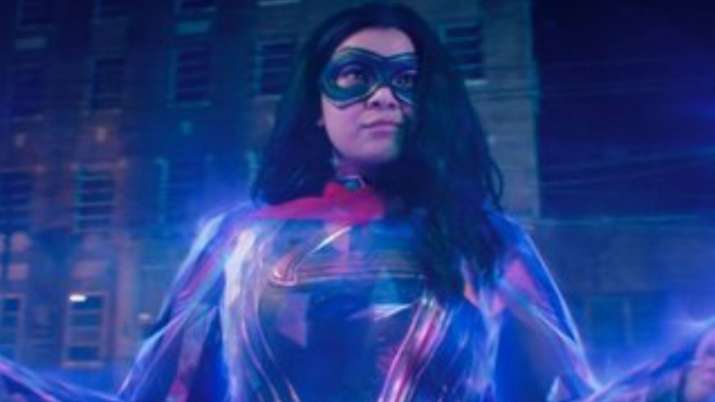 Ms Marvel episode 6 has premiered on Disney+Hotstar. The show has become a favourite among fans, especially South Asians, and with an epic conclusion to the latest Marvel Cinematic Universe show, the fans got what they wanted. Kamala Khan (Iman Vellani) finally reveals to her family that she is the neighbourhood superhero. In an emotional moment, Kamala’s mother hands her the superhero costume, which seemed like a fitting end to their relationship arc in season 1.

What went down in Episode 6?

Kamran (Rish Shah) is dealing with his new-found powers in the latest episode and seeks the help of Bruno (Matt Lintz). However, the Depart of Damage sees him as a threat to national security and wants to capture him. The final battle takes place in their school and Kamala gets the help of her family, Nakia and Zoey. In the course of the episode, Ms Marvel comes into her own and embraces her powers fully.

The most exciting part of Ms Marvel finale was when Kamala is resting in her bed and suddenly her bangle starts to emit some energy. She then crashes into a door behind her and Carol Danvers aka Captain Marvel appears, in a state of total disbelief. It appears as if Ms Marvel and Captain Marvel switched places. The makers end the show with the title reading “Ms Marvel will appear in The Marvels.”

The Marvels is finally set up!

This is the first time in the MCU that the upcoming film The Marvels has been set up in any way. Brie as Captain Marvel appears in a new suit and a fresh hairstyle, which fans seem to be loving. Since The Marvels has been teased in the season finale of Ms Marvel, it is expected that Carol might end up saving Kamala from a dangerous situation in the upcoming film, or at least this will be part of the storyline.

The Marvels: What we know so far?

Earlier, it was known that Kamala Khan would be featuring in The Marvels, set to release in Summer 2023. Now, a portion of the film has been teased in the finale of Ms Marvel. What we know so far about The Marvels is that Brie will return as the fearless superhero with Kamala joining her. Nia DaCosta is directing The Marvels. Monica Rambeau (Teyonah Parris), who first appeared as a child in Captain Marvel and as an adult SWORD agent in WandaVision will also feature in The Marvels.

Here’s how fans are reacting to Ms Marvel season finale.