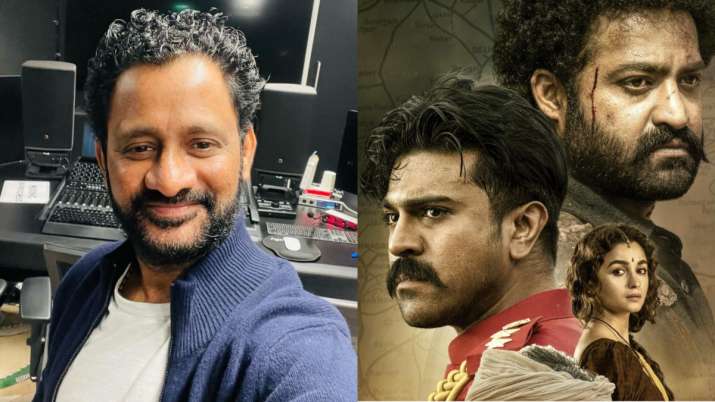 Oscar-winning sound designer Resul Pookutty faced massive backlash on social media after he made several claims about Jr NTR and Ram Charan starrer RRR. SS Rajamouli’s directorial which broke several records at the box office also garnered a loyal fanbase of its own. The film also starred Bollywood actors Alia Bhatt and Ajay Devgn. Amidst all the praise the magnum opus received, Resul Pookutty reviewed the film and called it a ‘gay love story.’ In a series of tweets, he made many such claims which invited a lot of flak online. He also said that Alia Bhatt was used as ‘a prop’ in the movie.

It all started when Resul Pookutty reacted to actor-writer Munish Bharadwaj’s tweet about the film where he said, “Saw 30 minutes of garbage called RRR last night.” Resul Pookutty responded to Munish’s tweet and wrote, “Gay love story”, “and @aliaa08 is a prop in that film.”

His tweets didn’t go down too well with the netizens who massively trolled the Oscar winner. Even though Resul disabled the reply option to his comment, fans quoted his tweet and slammed him. One of them wrote, “There is no shame & harm even if it’s that kind of story #LGBT. Did not expect such low comments from an Oscar award winner. Respect should be given to the profession irrespective of its language & even if it does not satisfy us.”

Another user said, “Sad he is behaving like a troll.”

A user also showed his disappointment and wrote, “Not expected this from an Oscar winner (sic).”

After Resul was exposed to massive trolling online, he reacted to users comments and defended himself. Replying to one of the users who said, “@resulp you’ve lost respect today for demeaning #RRR”, the sound designer tweeted, “That’s what they called it in the west, I merely quoted it.”

Meanwhile, this is not the first time, soon after the film was released on Netflix several users from particularly West pointed out the ‘chemistry’ between its two male protagonists and called them ‘gay’.