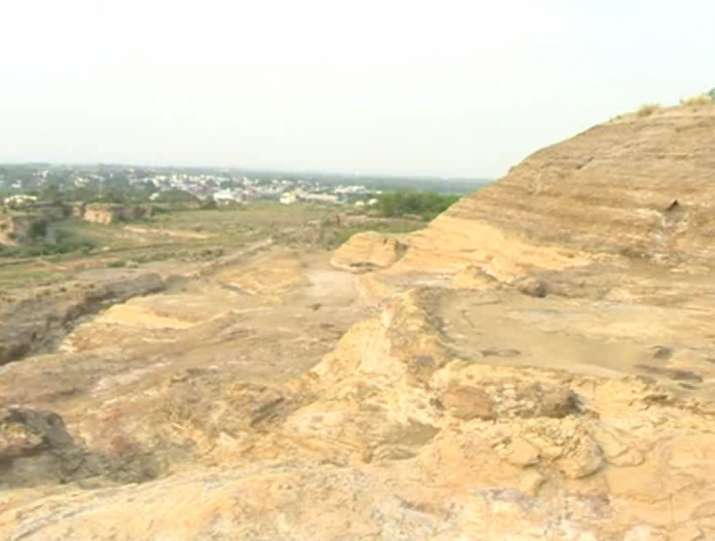 Real story of KGF: South star Yash starrer KGF Chapter 1 did wonders at the box office, while KGF Chapter 2 has been breaking all records worldwide. The makers have already announced that KGF Chapter 3 will follow the success of the first two films in the franchise and will take the story forward. While the film has been grabbing eyeballs, there is one question –What is KGF? Is there a huge goldfield there even today? Did the people working in the KGF gold mine really had to endure such hellish torture? What does the real KGF look like on today’s date?

KGF i.e. Kolar Gold Field is located about 90 km away from Bengaluru, the capital of Karnataka. This gold mine in the Kolar district of Karnataka was used to spew gold at one point in time The history of this mine is more than a century old and it is said that the Britishers used to extract gold from here. According to the records related to the history of KGF, the gold hunt started here in the 1700s itself. A report by British officer John Warren states how the British used to rule this gold mine. Warren in his report wrote, that after killing Tipu Sultan in the battle of Srirangapatna of 1799, the British gave the entire empire to the Maharaja of Mysuru, but the British government retained all the rights to this gold-spewing land in Kolar. 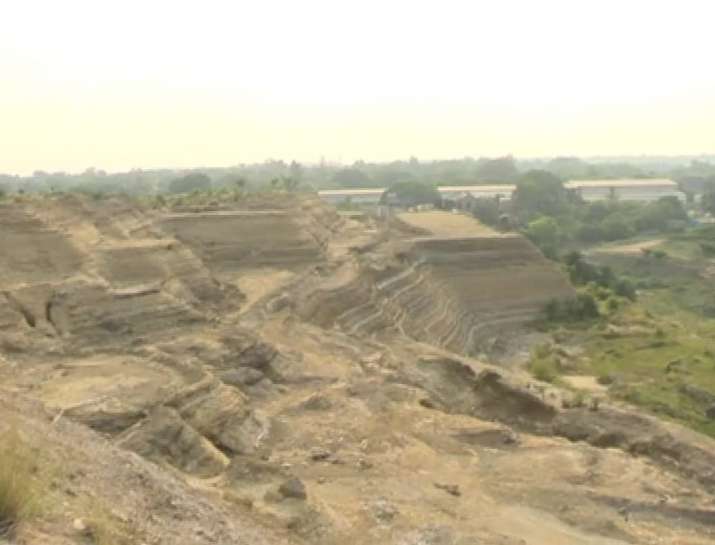 This land was the perfect example of why India was called the ‘Golden Bird’. Records claim that the British extracted about 900 tonnes of gold from this soil. Earlier, Kings had also made attempts to extract gold from here but they did not have the resources for such a big mine, so their efforts failed. However, during the British period, the excavation lasted for 121 years. There were about 30 thousand Indian labourers, as shown in the film. In the beginning, the British exploited the Indian labourers a lot.

The report further states that the British officer John Warren became so eccentric about this gold in Kolar that he made all the efforts to extract gold from here with the help of some equipment. In this effort, many Indian labourers were exploited and oppressed. They were subjected to various kinds of torture. When the high officials came to know that Warren was not getting much success in extracting gold, the mining was stopped for a few years.

Then in 1871, the attempt to extract gold from the KGF started again. Michael Fitzgerald Levelle, a retired officer of the English army, started this work, after reading Warren’s report. He got some surveys done in KGF and based on the results of it, he took permission to excavate here again in 1873. By 1875, the work of extracting gold from KGF started. In spite of being dark inside the mine, the passion of Levelle engulfed the Indian labourers in the light of lanterns and candles. The resources were running out, at that time wooden shafts were used to get into the mines which was not a safe way. The greed of the British to extract more gold pushed the Indian labourers into hell. According to an estimate, hundreds of labourers lost their lives in the process of extracting gold. The statistics state that in 121 years of mining, about 6000 labourers lost their lives. 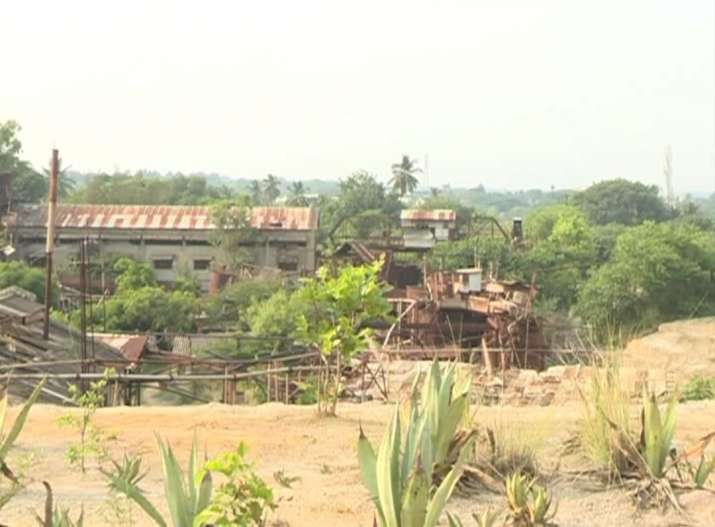 The British government took control of the KGF, and built big bungalows for its officers which are still present here. The British government changed the KGF to mini London. It was the first mine in the country that was running properly. Then KGF started supplying its own electricity and became prosperous in a few years.

You will be surprised to know that Kolar is the first city in the country where electricity was first supplied. In 1889, the British started the production of electricity by installing hydropower plants so that there would be no problem with gold mining. For convenience, a modern city was established here, where clubhouses were built, golf courses were built, and magnificent roads were built. At that time, people started calling this area Mini London. 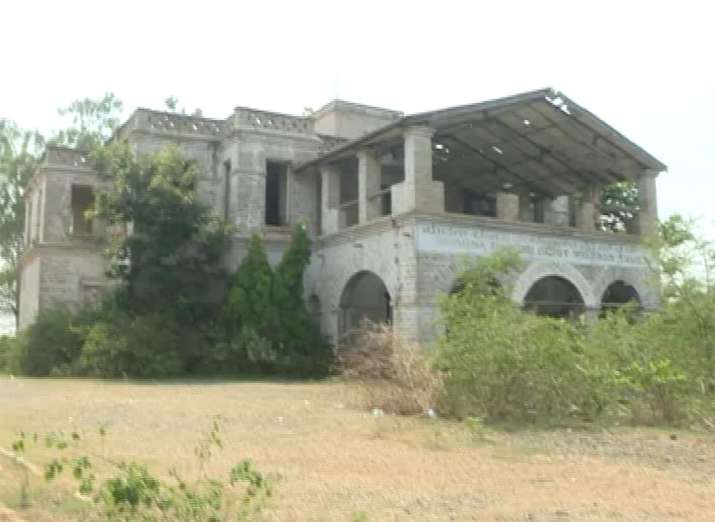 This mini London was settled by KGF workers but all these amenities were only for those English officers who used to rule. Many were working in KGF’s deep mine with 47-48 degree temperature and more than 90 per cent humidity area. The workers had to live together in a 10 by 10 hut called Coolie Lens. Due to the high temperature inside the gold mines, the rocks used to explode themselves and many workers died at the same time. People of KGF say that instead of getting the dead bodies of the workers out, they were buried by putting in coffins. KGF employees working for more than 30 years, V C Ganesan narrated the tales of atrocities on the workers of KGF during the British period and said that even when the government took over these gold mines, there was no major change in the standard of living of the workers. 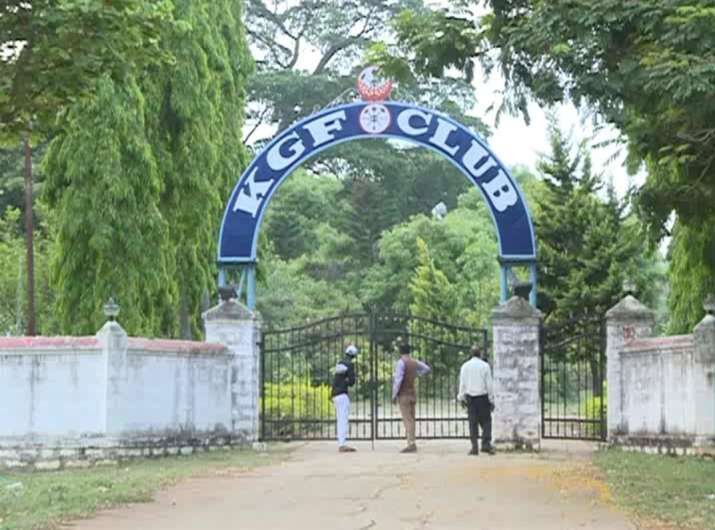 The work of extracting gold from KGF continued uninterruptedly. In 1947, India became independent but even after that, the workers of KGF could not be free from the slavery of the British till 1956. After that, the state government took over control. In the year 1972, the Government of India formed a public sector unit named Bharat Gold Mines Limited, which took over the gold mining operations in KGF.

As time passed, the gold started getting more below the surface. In the early 1900s, where gold was being found at a distance of 1 km from the surface, by the year 1980, it went to 3 km depth from the surface, that is, about 10 km from the ground. At that time KGF became the second deepest gold mine in the world.

The name of the deepest mine built in KGF was Champion Reef. To go down about 3KM from the ground, a unique lift was made called Shaft in the British era. Many such shafts are still seen around KGF Mines which is now closed after the closure of the company. The shaft which went to the deepest, its name was Gifford shaft. It was through these shafts that workers went down to the mine and from there the gold was brought to the ground. 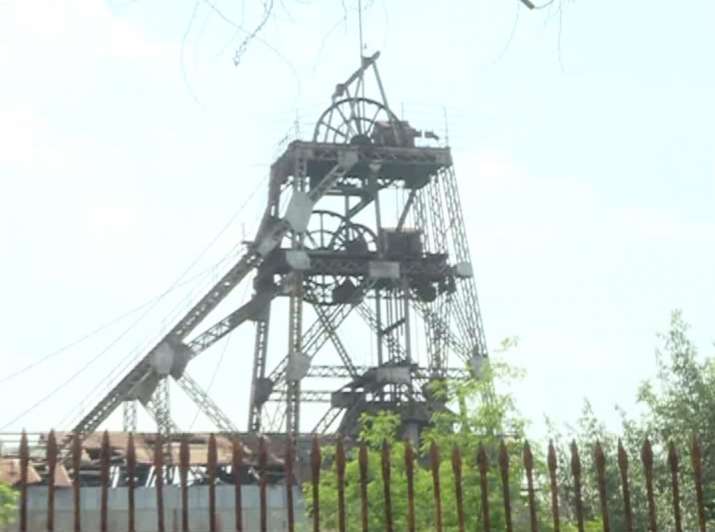 When the gold started disappearing from sight, the work of extracting it became more cumbersome. Then one day, suddenly BGML closed KGF. That date was 28 February 2001. It was argued that the gold reserves in the mine were almost exhausted. According to BGML, it was a loss deal to extract gold from KGF in the 1990s itself. 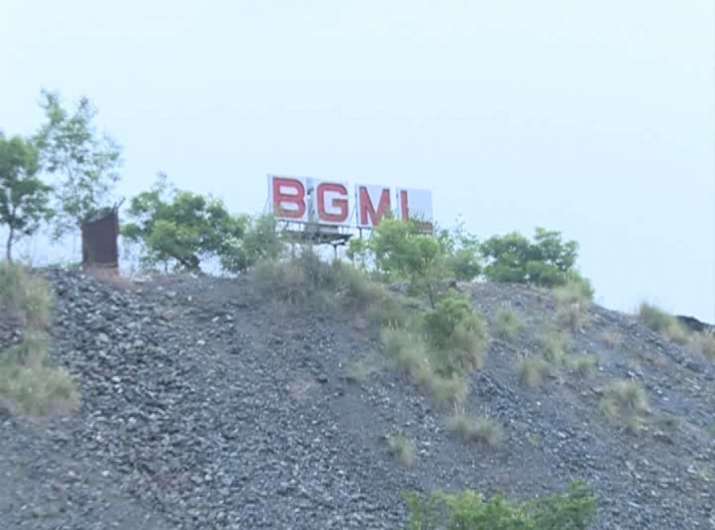 [Download 100%] – Avatar 2 Trailer: The Way Of Water First Look Attached With Doctor Strange In The Multiverse Of Madness