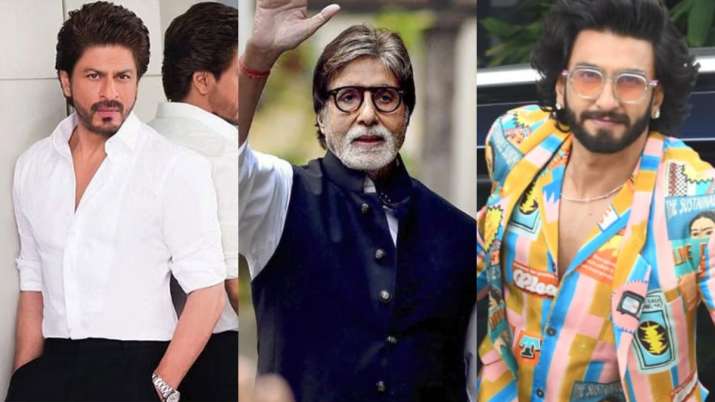 Most Expensive Houses of Bollywood Celebrities: Superstars of Indian cinema including Amitabh Bachchan, Shah Rukh Khan, Salman Khan, and Rajinikanth among others have time and again proved their acting mettle with stellar performances on the big screen. As much as they enjoy playing larger-than-life characters in films, they tend to live a luxurious life off-screen as well. We have frequently seen gorgeous inside pictures of SRK’s Mannat, Big B’s Jalsa and others and they scream magnificence. But do you know what is the cost of these lavish bungalows that our favourite Bollywood stars live in? Do you know which star owns the most expensive house in B’town?

Let’s have a look at the cost, space and who has the most costly house among the Bollywood celebrities here-

One of the biggest superstars of Indian cinema, Shah Rukh Khan lives in a luxurious sea-facing house named ‘Mannat’. Located at a prime location in Mumbai’s Bandra, the house is reportedly priced at around 200 crores. Over the years, SRK has made many changes to the house and now, it is one of the landmarks in Mumbai. It is said that the nameplate of Mannat itself costs about Rs 25 lakh. It has been designed by Gauri House who is also the chief interior designer of Mannat.

The high-end house has six floors, five bedrooms, a state-of-the-art gym, swimming pool, library, terrace, and a private movie theatre. This is all spread out in the area of 27,000+ square feet.

Amitabh Bachchan’s house Jalsa is another landmark in Mumbai. Tourists all over the world visit his place from the outside and get pictures whenever they come to the city. Big B resides in his lavish house with his wife Jaya Bachchan, son Abhishek Bachchan, daughter-in-law Aishwarya Rai Bachchan and granddaughter Aaradhya. It was a gift by NC Sippy after the success of Bachchan’s 1982 film Satte Pe Satta.

Reportedly, the net worth of Amitabh Bachchan’s house Jalsa is between Rs 100 crore and Rs 120 crores. It is a two storey house spread across 10,125 sq ft. Many Bollywood movies have also been shot in the house including Chupke Chupke, Anand, Satte Pe Satta, Bombay Talkies, Murabba and Namak Haram.

Ranveer Singh recently made headlines when reports of him buying a splendid quadruplex in Mumbai’s Bandra surfaced. It is said that the actor will share the neighbourhood of Shah Rukh Khan and Salman Khan by shifting to the recently bought house. It is worth Rs 119 crore and spread across floors 16, 17, 18 and 19. Reportedly, Oh Five Oh Media Works LLP, a company which has Singh and his father Jugjeet Bhavnani as directors, has bought the apartment in the building which is under construction after redevelopment.

Salman Khan has been living in Bandra’s Galaxy Apartments for over 40 years with his family. The house which is just opposite Bandra Bandstand is a prime spot in Mumbai. Bhaijaan’s fans gather these to watch him wave to them on Eid. Interestingly, the actor lives in a 1BHK L-shaped house on the ground floor of the building while his family lives on different floors. It has a total of eight storeys and is estimated to be worth Rs 100 crore.

International fame Priyanka Chopra has shifted her base to LA with her husband Nick Jonas. The couple bought a splendid mansion in the Encino area of Los Angeles a year after their wedding in 2018. Talking about the house, PeeCee told Vogue, “For me home is wherever I’m happy, as long as I have the people I love around me. I have homes in Mumbai and New York, which are very vertical cities. LA is more horizontal.”

The house is said to be worth $20 million which is Rs 144 crores. It has seven bedrooms, eleven bathrooms, a vast outdoor space, an infinity pool and a backyard spread across the space of 20,000 sq ft.

[Download 100%] – Vikram Jokes About Fake News Of His Heart Attack, Recalls Time When His Leg Had To Be Amputated