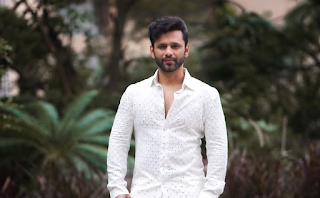 After Gauahar Khan, now Rahul Vaidya gave his opinion about the contestants of Bigg Boss 16, who is ‘Fake and Real’

Real Contestant in the eyes of Rahul

Not only this, Rahul has also mentioned the fake contestants of the house in the tweet. If Rahul is to be believed, Nimrit Kaur Ahluwalia, Gautam Wig, Tina Dutta, Gori Nagori, Shaleen Bhanot, Manya Singh, Sumbul Tauqeer, Soundarya Sharma, Sajid Khan, Sreejita Dey and Priyanka Chahar Chaudhary are not real in the house. That is, these contestants are playing fail in the show just to show themselves as the entertainment contestants. For information, let us tell you that till now there has been no elimination in Bigg Boss house. But Shalin, Tina, Gori, MC and Sreejita are the nominated contestants of this week.

If we talk about the new promo of Bigg Boss, then at this time Shaleen and Tina are being shown as love birds. But the trolling has also started on this new love story of the show seen in the promo. Viewers are telling Tina and Shaleen’s love story as a strategy story. Users are calling Shaleen and Tina a fake couple.