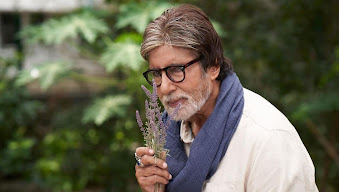 Amitabh Bachchan charges this much for KBC 14 , you will shocked to hear about that

Amitabh Bachchan, the emperor of Bollywood, has turned 80 today. On this occasion, his fans are looking very happy and are congratulating Big B on his birthday by every means. Let us tell you that Amitabh Bachchan also rules the TV industry through KBC along with films. His show is one of the longest-running reality shows and its 14 seasons have always managed to make their way in the list of TRPs. In such a situation, today we are going to tell you that Big B charges fees for hosting KBC 14.

How much does Big B charge for an episode?

Let us tell you that when KBC started in the year 2000, Amitabh Bachchan had demanded Rs 25 lakh per episode to host it, which has now turned into crores. When the first season was a hit, Amitabh increased his fees to 1 crore. According to media reports, in the 6-7th season, he charged Rs 1.5 to 2 crores. In the 8th season, his fee was 2 crores. 2.6 crores in the 9th season, 3 crores in the 10th season, while in the 11th, 12th and 13th seasons they have charged 3.5 crores.

Free Before Tejasswi Prakash, Karan Kundrra had promised love to these 5 beauties, rumors of engagement spread with one