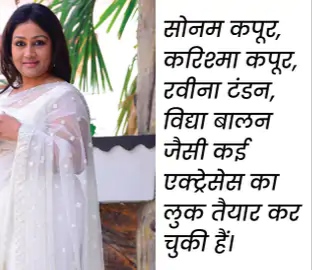 Yes, it is.  We are talking about celebrity saree drapery Dolly Jain.  Interestingly, Dolly, who once hated wearing sari herself, made it her profession to wear sari at the behest of superstar Sridevi and today she is the favorite of every big actress.

Dolly’s client list includes many big actresses from Deepika, Alia to Nayantara.  Whether it is a wedding in Ambani’s house or a film star, it is their job to dress the bride in a sari.  Dolly knows how to tie 325 types of saris, this world record is registered in her name.  There is also another world record, of wearing a saree in just 18.5 seconds.

Could not study after 7th

To be honest, my journey has been full of ups and downs. In the initial period, when children are enjoying their childhood, at the same time in 7th class I had to leave studies due to some difficulties. I could not study after class 7. When I used to see my brothers and sisters going to school, I used to think that I should go too, but there are some situations that God creates for you. I am at this stage today without even reading. I am very thankful to God that he put me in difficult situations from the very beginning and made me ready.

It is said that gold is not cooked, that time was for me to cook. 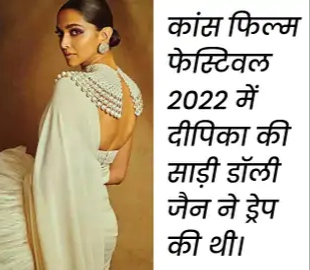 To be honest, I hated saris. I never thought that I would be able to fall in love with something like a saree. My mother always used to wear saree. She used to wear saree in 5 minutes. When our family came to Kolkata from Bangalore, people in our circle used to wear salwar-suits and then mommy also started wearing suits. I got married in a house where I was only allowed to wear a saree. We were not allowed to wear kurtas, denims, dresses, anything. In the beginning it took me a lot of time. This is a very time consuming thing.

Earlier it used to take 1 hour to wear a saree 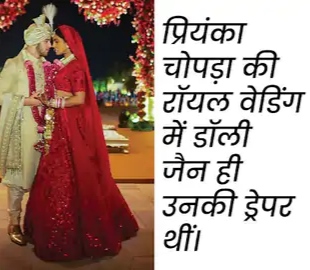 People say that we are comfortable in suits, but people want to look beautiful and attractive more than comfortable. I used to be very thin earlier, so at that time the saree used to bloom on me a lot. I used to look good in saree. I fell in love with wearing a saree, but I never thought that I would make it a profession.

My maternal uncle lived in Mumbai. His house is in the same building where Sridevi used to live. Sridevi ji once held a party in her house and invited all the people of the building. Something fell on Sridevi’s sari at the party and she went to the room to fix it.

I was a big fan of her, so I also went into the room with her. I told her that I will fix your saree. Often celebrities have

stylists fixing sarees, but she was alone at that time, so I went to help. At that time she told me that I would fix the saree myself. I thought she didn’t want me to do it, but still I inspired her to help. 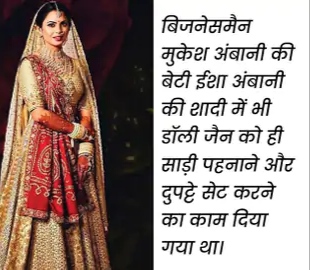 She gave me her sari and I started wearing it. When I was wearing her sari, she was watching her very carefully. She was looking at my fingers, I was scared that I might be doing something wrong.

When the whole sari was tied, I told her that I hope you like it. He directly held my hand and said that Dolly I have been wearing saree for so many years, since childhood I have been in the industry and I have a journey of many years, but till date I have not seen anyone making saree so quickly and like this . Looks like the saree is playing in your fingers.

Taking a minute’s break, he said, why don’t you do it professionally. You should make saree draping a profession.

The person who identifies art is greater than the artist

At that time I did not feel that I should do such a thing, but it was a big deal for a legend actress like Sridevi to say such a thing. I still keep him alive in my every breath, because it is because of him that I am who I am today. There is one artist and there is one who recognizes art. The artist does not know that there is any art in him, because he normally does his work, but when someone sees and appreciates that thing, then he gets a higher status than the artist. She was Sridevi ji in my eyes.

Papa said no profession is small or big

As soon as I came back to Kolkata, I told my father that I want to make saree draping my profession. People of my village, family and friends did not believe me, but my father said that every work is good if you look at it from a good perspective and can give it a position. If we consider any work small, then people will say so. This is how the profession of my saree drapepink started.

I first worked for Sridevi ji only. After that I wore saris to many actresses like Rekha ji, Hema Malini ji, Sonam Kapoor, Katrina, Deepika, Priyanka.

250 rupees were received for wearing the first sari

When I started my work professionally, I had taken 250 rupees. I started with Rs 250, because I did not know how much money is charged for this work. I had also taken those two and a half hundred rupees because it was my travel expenses. This was 17 years ago.

How was the world record created?

In an interview to BBC, Dolly has told that while living in her in-laws’ house, she used to practice tying sari in a mannequin (mannequin) from 11 pm to 3 am after everyone’s sleep. When Dolly learned how to tie a sari in 80 different ways, she sent her recordings to the Limca Book of World Records. For this, Dolly was awarded by the Limca Book of World Records. After a few years, Dolly broke her own record by learning to tie a sari in 325 ways instead of 80 and set a new record.

Free Who is being included in ‘Bigg Boss 16’? These names have been fixed